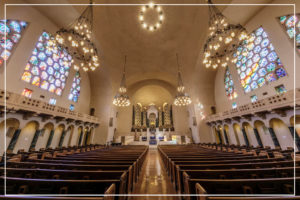 There is something deeply unsatisfying about exercise over Facetime, or, more critically, saying
Yizkor via Zoom before Yom Tov.

I returned to synagogue one recent Shabbat. It wasn’t the first time I’d prayed with others; our backyard minyan was given the green light a few weeks ago, and there have been services in the shul’s parking lot. But going inside was different.

In the moments before I entered the building, I had a flashback to the dread I’d felt when I returned to the Young Israel of Scarsdale, N.Y., for the first time after the funeral of our rabbi and rebbetzin, who tragically perished in a fire in their home 12 years ago. I wondered then if I would ever feel comfortable or happy in the sanctuary again, surrounded by the memories of such devastating trauma. But of course, with time, the synagogue became a place of simcha. Returning to the shul now, I wasn’t suffused with grief as I had been then. But the surreal feeling, the how could this be happening, was all too familiar.

So many aspects of the experience of Shabbat that should have been ordinary were, instead, jarring. I was relieved to find a strip of blue tape where I usually sit, indicating it was an available spot in compliance with social distancing. But I missed my friend with whom I’ve shared the pew for more than a decade; she’d chosen to daven in the outside service. Only seven women, including me, populated the women’s section, leaving not six feet of space between me and the next congregant, but 18 feet in every direction. We prayed with our masks on, and I struggled to envision the smiles I hoped were hiding behind the sinister-looking facade. 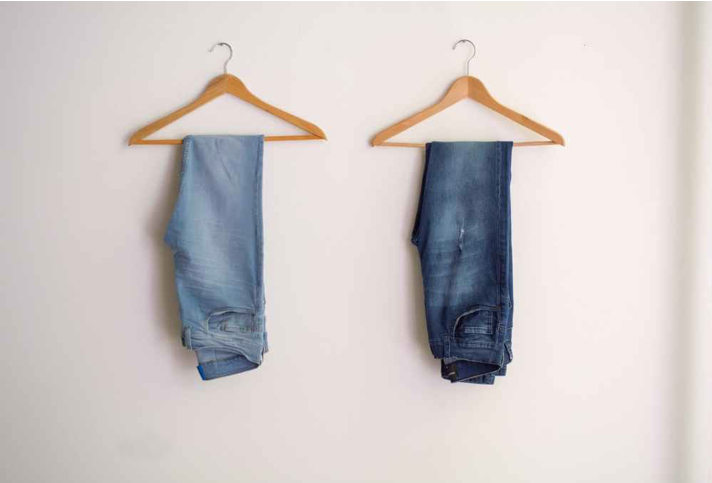 Sometimes I think about the things my children take for granted that didn’t exist when I was a kid: cell phones, Uber, the Kardashians. Lately, I’ve been wondering whether this generation of young people will remember a time when we changed out of our pajamas and into actual clothes to attend in-person meetings. In the days of COVID-19, I remain in my sleepwear all day and night, with the possible exception of a top-half wardrobe substitution for a Zoom funeral. Sometimes not even then–I mean, the dearly departed won’t notice, right?

Not only is there no need to dress up, there’s no ability to shop. I suspect this sudden and total disappearance of retail therapy is adding to the misery of our current situation for many people.

For me, it’s a fantasy come true.

I remember a morning in long-ago February, before we were all sentenced to shelter at home, when I woke up in a cold sweat because I realized that I, like the ABC reporter, had no pants. To be more precise, I didn’t have that one pair of pants that’s the staple of every woman’s wardrobe: black wool/poly blend slacks that you can wear to jury duty in the morning and on a first date in the evening. I panicked, not because I had either jury duty or a first date scheduled, but because I would need to shop for said pair of pants. 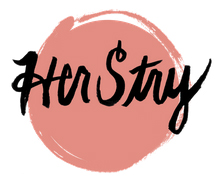 They say you can never go home again. As with most overused aphorisms, there’s a certain truth to it. Marry a boy from high school, and going home, both literally and figuratively, is just part of the landscape of life.

When we were expecting our first child, our friends with babies advised us that living around the corner from the grandparents benefits everyone. My instinct was that a little distance would be better for me and our fledgling family, a necessary step in our independence. We began to explore a move from our Manhattan one-bedroom rental, and I was determined to put a bridge—Throgs Neck or Whitestone, take your pick—between us and both sets of parents. It’s close enough, only a thirty minute drive from our home in Westchester back to Long Island where my husband and I grew up. Over the two plus decades since we moved slightly north, we’ve made the trek hundreds of times. The journey is more than physical, and sometimes the emotional toll surpasses the ever-rising monetary toll as we cross the East River. At least that’s how it is for me, now.

When you come off the bridge, there’s a stretch of Northern Boulevard that connects Queens to the area of Nassau County where we grew up, our parents’ homes about half a mile down the road from each other. As a commercial strip, it’s nothing special—the usual assortment of car dealerships, grocery stores, bottle shops. Some of the businesses that line both sides of the busy avenue have been there, in some incarnation or another, since I was a kid. An afordable bridal gown store, the bicycle place where my parents bought me the ten-speed that I rode all over the neighborhood until I learned to drive, the French restaurant that my family never tried even though it was owned by the parents of a girl in my grade and I thought that was cool. Other things are markedly different. Many new establishments have opened catering to an influx of Asian immigrants, and the majority of the signs and billboards are now in Chinese and Korean. The strip is simultaneously early 1980s and 2019, real estate both frozen in time and catapulting into the future..

“My Most Intense Relationship Is With… My Hairstylist” 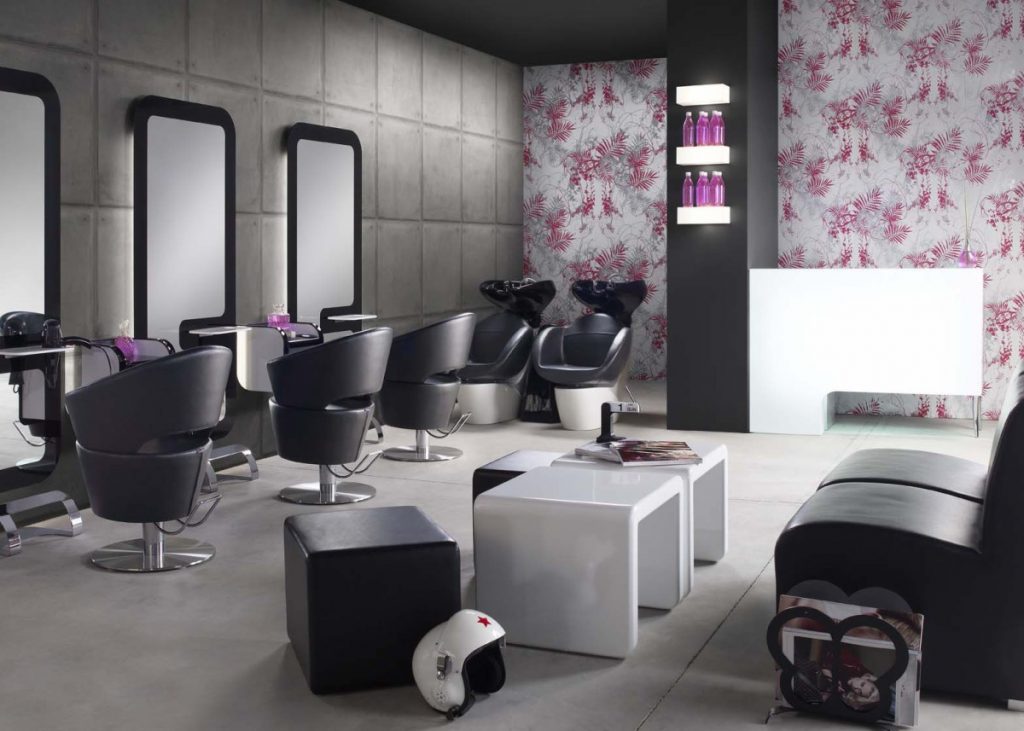 “Where are you?” I desperately text, “I need to see you.” I’ve been following this person like a lovesick puppy
for years—panicking when he takes off without telling me, bursting into tears of relief when I find him once again.
My dependency knows no bounds. Does he feel the same way about me? Not a chance. This is a thoroughly
one-sided affair.

“C,” as we’ll call him, holds the key to my youth, if not my heart. Behind a curtain, like the Great and Powerful Oz, he mixes the potion. Every
35 days he spreads the elixir, carefully and (on a day when he hasn’t over-caffeinated) tenderly, bringing me back. Nothing flashy, no highlights or Brazilian smoothing. I don’t aspire to turn myself into a blond bombshell–which, incidentally, would take a hell of a lot more than hair-dye–I’m just trying to shave 15 years off my age.

My own mother went gray in her 20s, and those pesky genes being what they are, I too noticed the first harbingers of inevitable decay on my own head before I hit the big 3-0, before I even had kids to blame. I held off addressing the situation until I could no longer look at myself in the mirror without conjuring Barbara Bush. My mother colored her hair herself. Like a teenage girl mortified at the thought of being seen in the bra section of the department store, she dispatched me each month to the local pharmacy to buy her box of Preference by L’Oreal, 8a, Ash Blond. 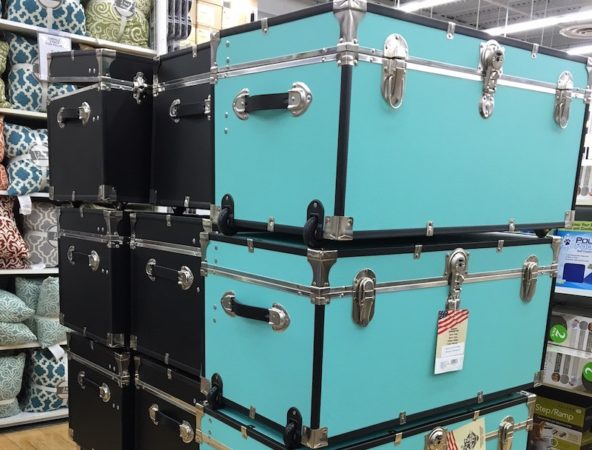 I perch on the edge of my son’s bed and survey the chaos. There are clothes strewn over every inch of the floor. If I didn’t know better, I’d think that he’d just dumped out each drawer of his dresser. Actually – judging by the contents and placement of the piles, that’s exactly what he’s done. Is it possible that a child who is genetically related to me could interpret this as compliance with my request that he help me pack for his summer vacation? He’s leaving in 48 hours. I take a deep breath, stifle a scream, and regroup.

My son went to sleep-away camp for the first time when he was nine years old. It seemed a little young, but a bunch of boys from his crew were going, and he very much wanted to be with them. I packed him up with a self-imposed nonchalance. I refused to join the ranks of mothers who made packing their raison d’être for weeks, if not months, before the trunk pick-up. I sent him with t-shirts that were a little the worse for wear, writing his name with a black sharpie and blatantly ignoring that you could read it – backwards — just below his hairline. If he didn’t have something on the camp’s suggested list – what nine year old owns a raincoat? – I sent him without it, hoping for sunshine. I was relaxed to the point of neglectful, assuming that my laid back attitude would pass seamlessly to him.

He lasted 10 days at camp – okay, 9. We drove to Pennsylvania to do an intervention. We coaxed and cajoled and gently ribbed him, but when nothing worked, we threw his stuff back in his trunk and rescued him. Never has a child (of mine) looked so happy to return to the bosom of his family.

To read the full article “My son may be 16 but this is why I am helping him pack”, click here. 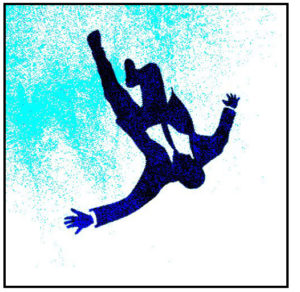 My mother was remarkably healthy until she was eighty-one years old. She had spent a total of eight nights in the hospital – two when she gave birth to each of her three daughters, and two when she picked up an infection in her foot that required intravenous antibiotics. Still, after my father died suddenly of an arrhythmia in 1999, my mother was left living alone in the somewhat isolated four-bedroom house on Long Island where my sisters and I had grown up. We kept very close tabs on her and called her a number of times during the day; we would speak for only a few minutes, but I think it put us all at ease.

That was how I knew, on February 28, 2006, that something was wrong. It was my day off from work, and I had called my mother several times that morning, but she had not answered the phone. She had told me the day before that she had a slight fever, and I knew she would not have gone out of the house on a freezing cold day in that condition – she did not go out much by herself anymore at all. I began to panic, and it seemed better just to drive to Long Island than to keep hitting the redial. When I got to her house, my hands shaking and fumbling with the key to open the door, I found her on the floor, unable to get up.  She was conscious, and talking, but she did not know who or where she was.